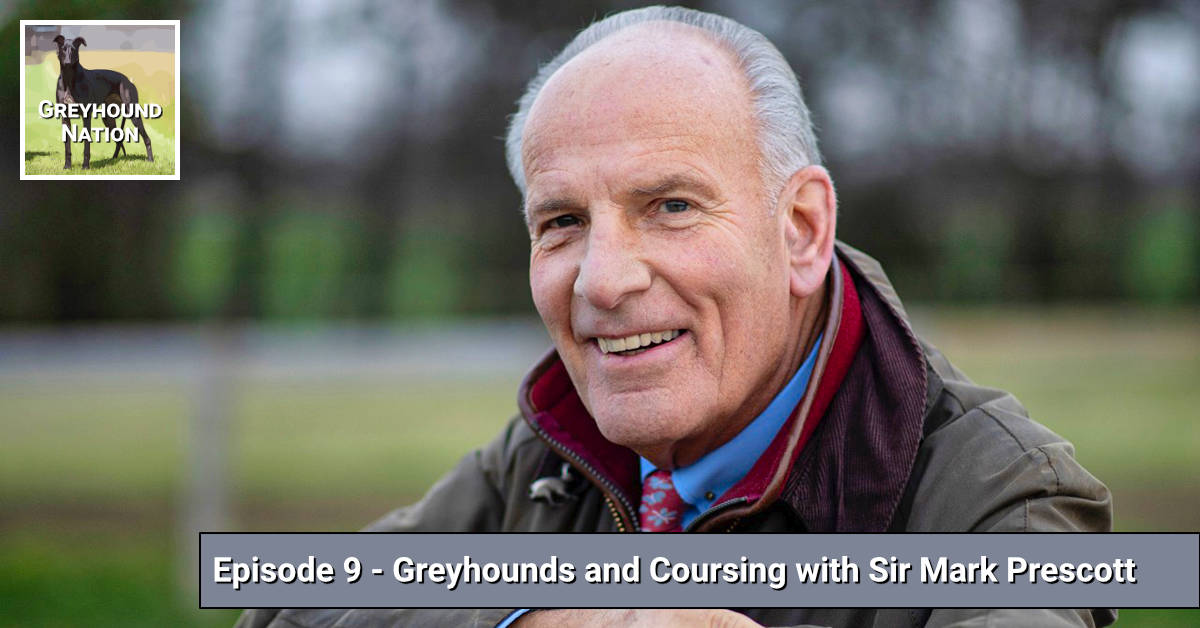 “I saw nice people and nice dogs and marvelous hares, and I thought, ‘What a grand spectacle.’”

Sir Mark Prescott, on seeing his first coursing meeting in 1967

In the 1960s, Sir Mark Prescott found himself on the road back to Newmarket, home of British thoroughbred horse racing, from Cambridge. Along the way, he came across a large number of cars parked along the road. He discovered it was a coursing meeting. He was given a free “card” (program) by the gatekeeper and invited in to see his first coursing meeting.

A few months later, Sir Mark saw a television special about English hare coursing that presented the sport in a very negative light, in contrast to his own experiences. It inspired him to become further involved in coursing.

In 1970, Sir Mark assumed leadership of a struggling coursing club in Newmarket and cemented his presence in a sport which drew thousands of spectators and blurred English class lines. He quickly discovered that organizing a coursing event involved tremendous attention to detail and perseverance — traits which he embodied and admired.

Sir Mark would later become one of the primary organizers of the Waterloo Cup, England’s longest running and most popular coursing meeting. He held this post until 2005 when the final Waterloo Cup was run and coursing was banned by Parliament. For nearly 40 years, Sir Mark served as an advocate for the sport and Greyhounds.

In this episode, host John Parker and Sir Mark share their experiences at the Waterloo Cup, including that famous last meeting. They also discuss the future of Irish coursing, preserving English coursing and Greyhound history, and Sir Mark’s favorite Greyhounds over the years.